“Be kind to your mind”: The hospital porters breaking the mental health stigma

Dave Katwa and Chris Woodus, who work in the Theatres department at The Royal Orthopaedic Hospital (ROH), have been raising smiles with staff and patients since Christmas by doodling on the disposable warming jackets they wear in the department.

Chris said: “When we come out of theatres, we wear these jackets to push our patients to where they need to be so a lot of the time, we are the first point of contact for them.”

The designs, which are drawn with dry wipe marker pens, have featured everything from superheroes to cartoon characters, but it is the messages about mental health which have made the most impact.

These have included ‘life is tough but so are you’ and ‘be kind to your mind’ with the aim of encouraging conversations between staff, and in particular, male colleagues.

The pair were inspired to start creating the jackets after the death of a colleague last year, who sadly took his own life. Dave says he doesn’t want anyone to feel that there is a stigma around opening up about mental health issues.

About losing his colleague, he said: “We were cut up about it. We were very close friends. As the year has gone on, we didn’t feel like there was enough support so that’s why we started doing this.

“We don’t want this to happen to another family." 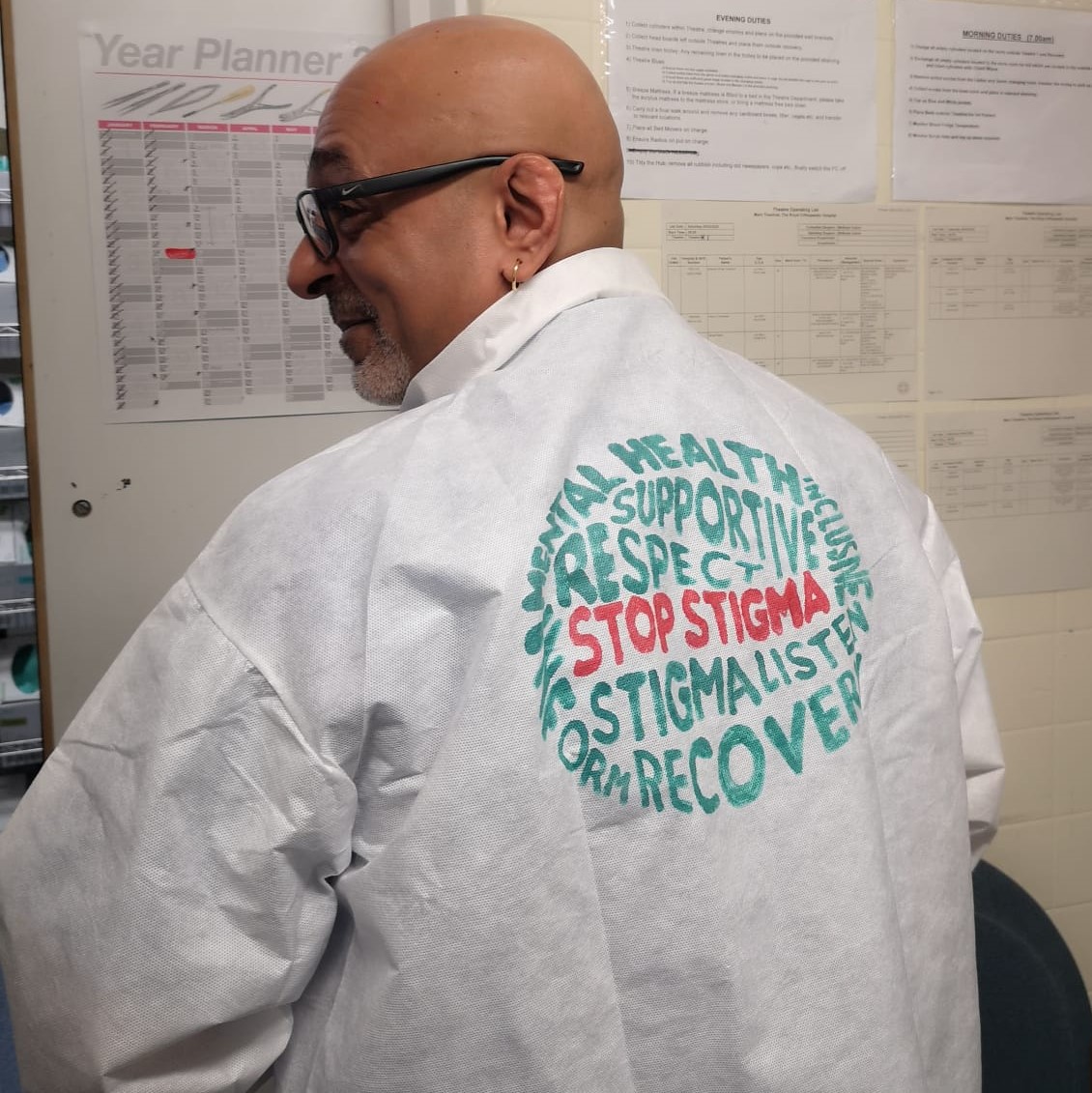 The pair take requests from colleagues to create designs for them to wear at work. Dave says he has been blown away by the response.

“When I put it on Instagram, I didn’t expect it to become as popular as it has. When it started at Christmas, it was just about putting a smile on people’s faces.

They have also been attending Tough Enough to Care, a group which usually meets at a local fire station. Tough Enough To Care was set up to raise awareness of male mental health issues and to tackle the stigma surrounding it, head on, and the aim is for men of all ages to feel comfortable talking and opening up about their emotions to those close to them, instead of bottling them up until they reach breaking point. Their aim is to provide help and support to anyone affected by male mental health issues.