The first phase of an ambitious project to deliver a modular operating theatre and ward complex has been nominated for two national awards.

Phase one of the project, which opened in December, consisted of two orthopaedic operating theatre suites with a six-bed recovery suite and a 12-bed inpatient ward, including two young adult rooms.

The second phase, due for completion later in 2020, will add a further two theatres and an additional 8 beds. Work on phase two recently began on-site at the ROH. You can read more about that here.

Once fully completed, an extra 2,500 patients will be treated every year and the facility will create in the region of 130 new jobs. 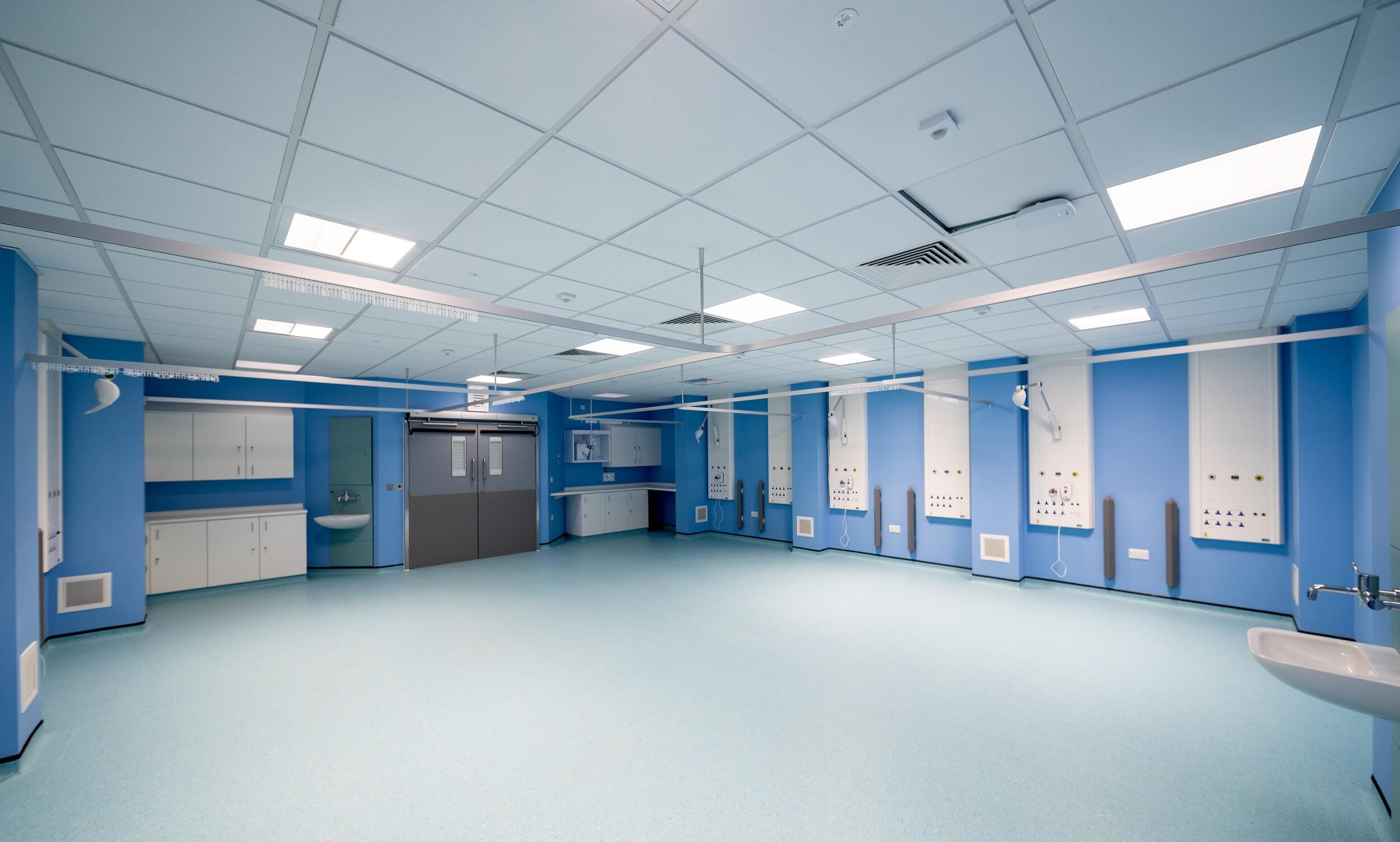 The project has been delivered by ModuleCo Healthcare (MCH) in conjunction with its sister modular building company, ModuleCo. The modules are designed, built, assessed and snag checked off-site in a factory, before being delivered and installed on-site.

The first is ‘Healthcare Project of the Year’ at the Offsite Construction Awards 2020. The awards reward outstanding examples of prefabrication and factory-based methods, products and systems. Founded in 2015, their aim is to celebrate the off-site industry and promote the benefits of offsite as a more modern, sustainable and streamlined method of construction. The winners will be announced in their first-ever virtual awards ceremony on Tuesday 22 September.

The second award the project is up for is ‘Best Modular Project’ at the Building Better Healthcare Awards 2020. These awards are designed to recognise and reward innovation within the healthcare built environment, medical device and technology sectors, as well as recognising the people leading the way in enhancing services across the sector. The awards ceremony is due to take place at The Brewery, London on Wednesday 4 November 2020.

Alan Wilson, Managing Director of MCH, said: “The Royal Orthopaedic Hospital is a flagship scheme, bringing together a mixture of design and construction types to create a bespoke and sustainable building. We worked closely with a variety of stakeholders at the Trust, gaining their insight and feedback to produce a facility that is fully functional for those working in it. We are delighted that this hard work and collaboration has been recognised so publicly by the industry.

“The key objective of the project was to increase capacity and update the facilities in a timely, cost-effective manner without disrupting the day-to-day running of the hospital. Thanks to ModuleCo Healthcare’s flexible finance agreement, as well as our tailored, off-site approach, we were able deliver this project which offers tremendous benefits to both patients and staff.

“We’re thrilled to have been commissioned to deliver phase two of work and can’t wait for the handover later this year.”

Jo Williams, Chief Executive of the ROH, said: “I’m thrilled that our partnership with ModuleCo Healthcare has been nominated for these two awards. The first phase of the project has already had a positive impact on The Royal Orthopaedic Hospital by enabling us to treat even more patients and creating new jobs for the local community. The second phase is now underway and I’m confident that it will continue to be transformational for the Trust.”

Professor Philip Begg, Executive Director of Estates, Strategy & Delivery at the ROH, added: “The partnership between ROH and ModuleCo has seen a unique application of building technology, whilst maintaining operational functions of a busy hospital. The innovative methodology of building a complete section of the hospital, using modular technology, at the very heart of the site, without causing any major disruption, meant that staff and patients alike had very minimal disruption and no loss of services.

“This partnership will ensure that the ROH continues to be the first choice for orthopaedic care in the Midlands and across the UK.”

The Royal Orthopaedic Hospital is one of the largest specialist orthopaedic units in Europe, performing around 3,000 hip and knee replacements each year. The hospital ranks among the highest in the NHS for patient experience with a 96% recommendation rating from patients.