A swimmer who won gold and silver medals at the Paralympic Games 2020 has visited The Royal Orthopaedic Hospital (ROH) to officially cut the ribbon on new multi-million pound MRI facilities.

Tully Kearney won a silver in the Women’s 200m Freestyle (S5) at this summer’s Paralympic Games in Tokyo – her first time at the Games.
She went on to also win gold in the Women's 100m Freestyle (S5) and broke her own record set in the qualifying by two seconds.
She is also a seven-time world champion across freestyle and butterfly. 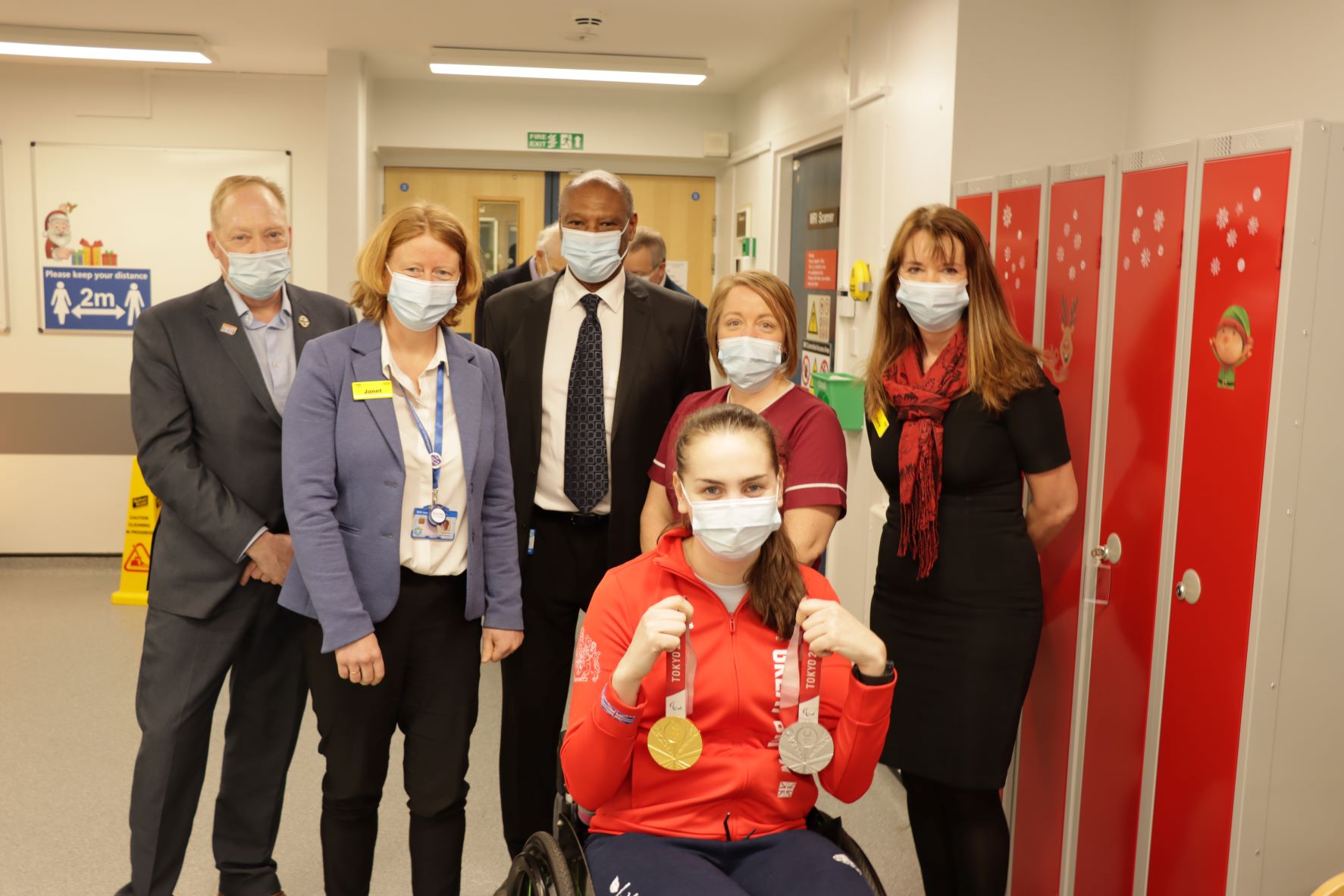 Tully was born with cerebral palsy and developed generalised dystonia (a progressive neurological movement disorder) in her mid-teens – conditions that affect her lower limbs, left arm and shoulders and in 2019, she was diagnosed with scoliosis.
She has been a patient at ROH since 2010.

The new scanner, which is part of a £2.25million investment into MRI facilities at the hospital, will double the scanning capacity for the hospital, providing support to partners in the Birmingham Integrated Care System Transformation Partnership (STP).

The small group of attendees at the opening included representatives from the Estates and Radiology teams, who delivered the project, as well as from Siemens, who installed the scanner, and the Birmingham Orthopaedic Charity, which partly funded the project.

(Above: Tully cuts the ribbon the new MRI facilities)

Marie Peplow, Executive Chief Operating Officer at ROH, welcomed guests to the opening and said it was poignant for her as she started her career in radiography.
She said: “It is particularly special for me to be asked to lead the opening of the scanner as, before I became Chief Operating Officer, I started my career as a radiographer, working with both Sandra Milward (Head of Imaging) and Dr Mark Davies along the way.”

Dr Davies, Consultant Radiologist at ROH, thanked the Birmingham Orthopaedic Charity for their investment in the facilities.
He described how almost 30 years prior, ROH was the first hospital in the area to have an MRI scanner and that acknowledged that some of those who had donated were no longer with us, but would be thrilled to know their legacy lives in.

Janet Davies, who was the Project Manager for the installation, thanked Siemens for “pulling out all the stops” to help them deliver the project on time.
Marie also thanked the Radiology and Estates teams for their perseverance throughout the works and thanked Tully, whom she called “superwoman” for her continued support of ROH and its charity.